If so, drop us a line by using our FEEDBACK page, you can even include a small picture (.jpeg under 2 mb).

Those of you who have signed up with Neighbourhood Watch will have received two Alerts in the past week including a local one about Cold Callers.

If you have not signed up to receive these Alerts, you can do so by following this link.

Illustrating what can be done in the wider UK 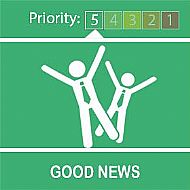 with cooperation,  there was the following  good news story.

​In late September 2019 a 140/180V Series Coil Pipe Trailer was stolen from the Essex area.
28 Days later on Monday 21 October 2019 the CanTrack tracking system was activated.
Police Scotland were contacted by CanTrack and informed that the trailer was on its way to Scotland. CanTrack were able to follow the movements of the Trailer until the Police were in a position to stop it south of Motherwell. A full recovery of was made of the property and returned to rightful owner
Recovery of Trailer and Piping was valued at £10,000