Usually held on the second Saturday in June.

Rhu and Shandon Gala is held every year on the second Saturday of June.  Its main objective is to be a fun and affordable day out for all the family.

Below are some images from previous years 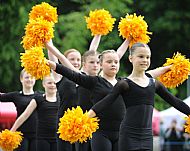 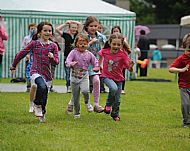 Fun Dog Show
Something for everyone, including dogs 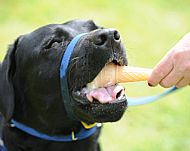 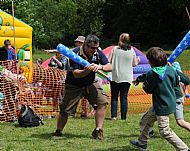 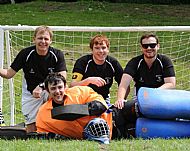 Something for all ages 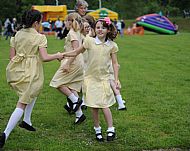 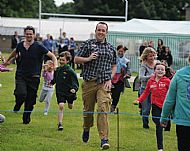 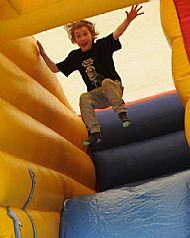 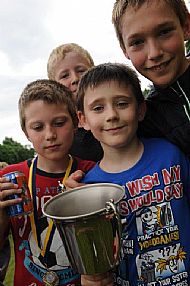 There are stalls selling crafts, home baking, plants, pocket money toys etc  and many  local clubs and societies are represented.

There is a tea tent, BBQ stall and a bar provided by the Rhu Inn.

Entry to the Gala is free and all are welcome.

The history of Rhu and Shandon Gala

The history of Rhu, or Row as it was known earlier,records an annual Village Fair which the residents of the Parish held on grounds now known the playpark.

In the early 20th century, the highlight for the Village children was the Green maypole.

From the 1920's to the outbreak of the second World War, the owners of large houses took it in turn to annually host a garden fete which included the usual fun and games, cake and candy and a Bonnie Baby competition.

During the War, through the initiative of Colonel Kenneth Barge, the village green became the venue for annual Galas for such activities as Pillow fights, Walk the Plank, Drop a Penny to cover a coin in a tub of water, Tug of War, Sack Race, Egg & Spoon race, Three-Legged race,
the sale of fruit and vegetables donated from local gardens, guess the weight of a cake and how many sweets in a jar competitions.

It was with such fond memories that Provost Billy Petrie asked a local group about 20 years ago to reinstate a village Gala, and this they did in the present Gala field.

Unfortunately, there was no follow-up until a few years ago when Provost Petrie
asked the Community Council if they would promote the Gala day. This they did and to their credit it has been an outstanding success ever since.

A big thank you should go to the present Gala committee, who on behalf of the two Communities continue this fine tradition.

This page is the responsibility of Fiona Baker: fiona@scottish-archaeology.com